On the first day, participants will be presented with an overview Hyperledger Fabric architecture and its features, and will be guided in using Nephos to set up a basic production environment on Kubernetes. On the second day, the Hyperledger Fabric deployment from Day 1 will be used to deploy a digital service for secure communications. Participants will be able to enrol in the service and use it to establish a communication channel with each other. 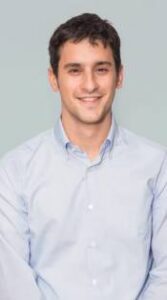 Nicola graduated in Information Technology for Management at Bologna University. He started his career as a Software Engineer in Accenture, working on many projects including education, open-data and enterprise applications. Nicola moved to Dublin to study Project Management in UCD Smurfit Business School, Ireland’s leading business school. He then started focusing on distributed blockchain applications and Hyperledger implementations.

Nicola was a finalist at Accenture Leaders of Tomorrow 2017. In 2018, he won the hackathon Blockchain in Aviation presenting a working prototype of a blockchain implementation to track airplane maintenance.

He collaborated in multiple contributions to the Hyperledger codebase, notably Nephos, a python library to deploy Hyperledger Fabric onto Kubernetes, and an API-key feature to access the Hyperledger Composer REST Server more securely. 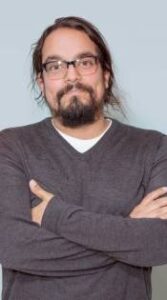 Ben is currently the CTO at AID:Tech. Before that, he collaborated with the InterAmerican Development Bank assisting in the definition and development of the Fiscal Management and Municipalities digital agenda, focusing on applying cutting edge technologies to modernize different aspects of national governments in the LAC region, such as Payments Infrastructure, Public Procurement, and Fiscal Administration, etc.

He was also involved with innovation projects for the President’s Office in Mexico, designing and implementing projects and platforms mainly related to Distributed Ledger Technology, Open Data and Digital Government.