Segregated Witness and Lightning Network: Implications on the Future of Payment

Segregated Witness (SegWit) and Lightning Network are the key techniques that enable fast payment channel to be established between two (or more) users on the blockchain. This year, both Bitcoin and Litecoin have officially launched the Lightning Network on the mainnet, and users are able to perform near-instant transactions with minimal transaction fees, creating a vision of using cryptocurrency for micropayment. In this workshop, Dr. Wang Xinxi of the Litecoin Foundation will describe the blockchain scalability issues and the need for SegWit and Lightning Network. The workshop will cover principles of Lightning Network, how it was deployed on Litecoin, alongside with demo(s) by the instructor.

This workshop is suitable for anyone who aims to gain an in-depth understanding on performing payments on blockchain and its implications on businesses, and/or to develop own blockchain applications deploying Lightning Network.

Note: Participants are strongly encouraged to have a basic understanding of the Python programming language. For Python beginners with no programming background, a good tutorial can be found at: https://python.swaroopch.com/. For Python beginners with programming background, an introduction can be found at: http://www.techbeamers.com/python-tutorial-step-by-step. You may also find https://wiki.python.org/moin/a useful reference. 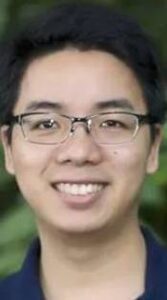 Dr. Xinxi Wang is the founder and CEO of Coinut.com and a co-founder of the Litecoin Foundation. He obtained his Ph.D. degree in computer science from National University of Singapore in 2015 with a focus on machine learning/recommender systems, and before that, he obtained his bachelor degree from Harbin Institute of Technology in China. Xinxi gained years of experience in automated trading in the forex markets before diving into the fascinating cryptocurrency world, combining his background in computer science and financial trading. In 2014, he founded Coinut.com, one of the most advanced cryptocurrency exchanges in the world.